Encounter with a cup

Form/Design Center and Konsthantverkscentrum (the Swedish Crafts Centre) are jointly running a two-year project called Encounter with a Cup. Starting in October 2019, a total of six cups or mugs and their creators are being presented in the Form/Design Center’s café and shop as the cup or mug of the season. 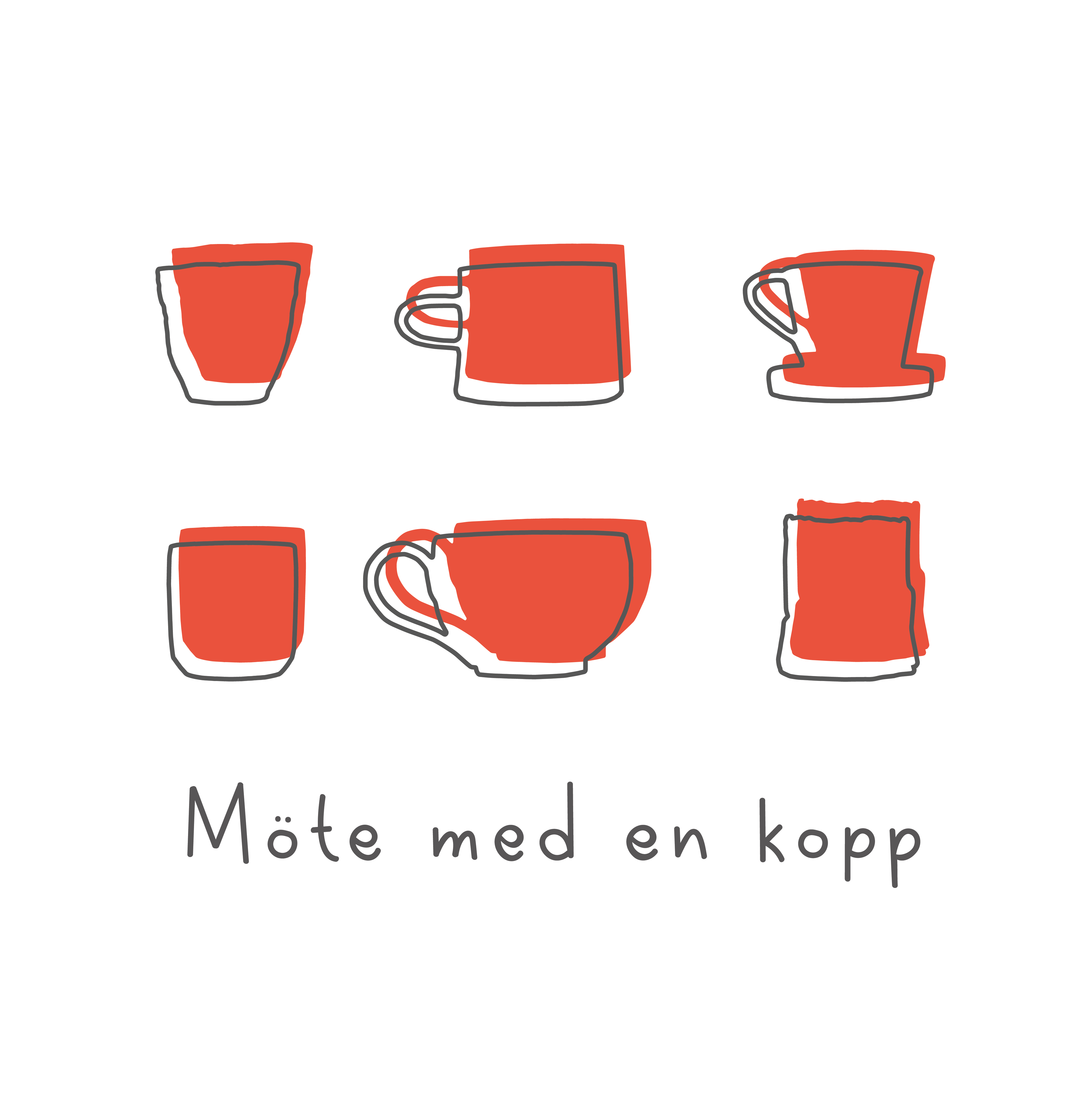 The project focuses on the cup with the aim of highlighting the encounter with a handmade object and the individual behind it. The intention is to offer the general public a tactile experience by enabling them to choose the cup of the season to drink from while they are taking a break in the café. This gives the maker of the cup a valuable opportunity to make a sale, because the consumer has been able both to try out the cup in a real-life situation before possibly buying it, and also to explore a presentation about its creator and the work they invested in the cup (material, technique, inspiration etc.)

The invitation to participate in this project was sent out in June 2019 to all the members of the Crafts Centre, and some 70 submissions were received. The selection process was done by Form/Design Center’s staff in two stages. First, a broad selection was made based on photos and information. These were sent to Form/Design Center for a final choice. The only criterion for submitting a cup was that it should be dishwasher proof. The selection was based on each cup’s tactile, functional and aesthetic qualities and on the desire for the six different cups to represent a variety of techniques, materials and styles. The selection group’s discussions were lively and sometimes difficult but were great fun, and we are looking forward to presenting the collection.

Rani Leoson Samuelsson trained as an industrial designer and holds a master’s degree from the Department of Design Sciences, Faculty of Engineering at Lund University. She still lives in Lund. As a member of the Swedish Craft Centre she has been selected a couple of times to sell her crafts at Wanås and has also participated in several group exhibitions. Rani is driven by the desire to think in new ways and to express herself via crafts, art, design and graphics.

“The material in the cup is porcelain clay, which is rolled out flat and then rolled into a shape. I made 111 vases using this technique, which means that each vase is unique but still resembles the others. Perfectly imperfectly controlled. I wanted to continue experimenting with dimensions and the material’s form of expression, which is a kind of solidified formability, and make an everyday object – a cup. I want to get the viewer to think “I can do this” – but even though the cup is simple in its construction and encourages playfulness with the material, the technique is trickier than one might think. In the encounter with this cup I want to make it possible for the user to have the feeling of mindfulness.” /Rani Leoson Samuelsson

Malin Stocke trained at Capellagården on Öland and lives in Stockholm. She has her studio there in the former porcelain factory in Gustavsberg. Malin is a member of the cooperative Konsthantverkarna, which is the main sales outlet for her creations.

Malin works with clean-lined, traditional shapes manifested as utility ware and decorative objects. Her utility objects are thrown and are mainly stoneware. She is fascinated by teapots and says that making them is like building a house. The proportions must interact to create a beautiful visual impression but they must also function in terms of flow and function. Malin likes to mirror everyday objects by giving them ceramic form, such as the popular car-shaped sweets “Ahlgrens bilar”, and the jar “kilo”. She tries to find the dynamics in the clean, simple lines and minimalist expression.

“Despite its simple and minimalist form, I have worked on this mug for a long time and am still making small changes. I throw it by hand and the form can vary a bit every time. The theme of the mug is function. Its size means that you can drink both tea and coffee from it. The cylindrical shape with its slightly negative angle gives the mug its own individual expression but also keeps your drink hot longer. The broad base gives the mug stability. The handle is wide and pleasant to hold, and balances the mug well so that it does not feel too heavy and you do not burn your fingers on the mug.”  /Stocke

Valdas Kurklietis has a master’s degree in Art of Ceramics from Vilnius Academy of Arts and lives in Stockholm. The cup Smältande smak(Melting taste) is made of stoneware and glazed with a white, semi-matte glaze with a playful edging of melted, coloured glaze. The cup is hand thrown, which makes every cup unique.

“A cup that is perfect for drinking tea and cappuccino from or for putting ice cream in on a hot summer’s day. The cup has a comfortable handle but also feels good to hold with both hands due to its round shape. The decoration is inspired by melting chocolate or something else that is so incredibly tasty.”

Elna-Karin has been a professional ceramic artist since 1983 with a studio and shop in Kåseberga in the Österlen district of Skåne. She is inspired by nature and the landscape where she lives and translates their patterns and shapes into her ceramic ware. Form and function are the cornerstones of her design. She works in stoneware, making utility goods such as cups, teapots, pots, bowls and plates, as well as sculptures, reliefs and ceramic pictures for indoor and outdoor decoration. Her production also includes tubs, pots and animal figures for the garden or greenhouse.

Elna-Karin is a member of both ÖSKG (East Skåne Artist Group) and Konsthantverkscentrum, and at regular intervals also of Formargruppen in Malmö. She has had several solo exhibitions and participated in various group shows.

“Tea/coffee cup with saucer, thrown in grey stoneware clay with a semi-gloss glaze in various colours. My idea is to choose a colour based on my mood. The saucer is part of the cup. It increases the functionality. You can put a biscuit on it, a spoon or a teabag. The cup is good to hold and to drink from, because I throw the cups with a thin rim at the top.”

Sophia graduated from Nyckelviksskolan in 2001. In addition to the production and sale of both utility ware and unique pieces, she has had several solo exhibitions and participated in a number of group shows. After further training at Konstfack, she has been working since 2016 as an instructor in image and design alongside her own production. She is also a member of the ceramics cooperative Kaolin with a gallery in Stockholm.

Technically, she works mainly with coiling and pinching, which she believes encourage variation within a group. The challenge is to try to find balance and irregularity at the same time, and it is important to highlight the unique aspect of each object – she never does exactly the same thing twice. She usually works with utility wares but also unique objects that relate to them, although without being intended for use. The materials are usually stoneware and porcelain.

“Each cup is built up of several long sausages of china clay, or lines, if you like. After assembling the sausages, I pressed them a bit with my fingers to create a smoother surface. The clay sausages thereby create a pattern on both the inside and the outside of the cup, which can be experienced both visually and tactilely. On the outside of the cup I’ve painted small lines using an engobe of cobalt oxide in the seams between the sausages. Every cup is a bit different from the others due to this technique – they’re all unique but they’re clearly related.”